So, I’m gonna be extremely honest (and I’m gonna tell you all the details) so if you don’t wanna read if, just stop at the following sentence: everything that could have gone wrong, has gone wrong, but I finished it.

At the starting line! 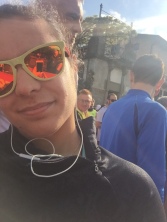 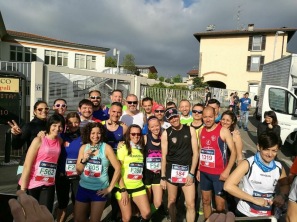 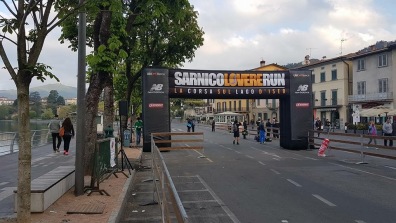 Whoever says running is an individual sport, is wrong. I was so nervous that morning that if I hadn’t been for Bea, who calmed me, it would have been a disaster (Shoutout to Bea, who woke up at 5.45 with me). Then dad drove me to the starting line. After about two minutes there, I went to the toilet, pooping and already feeling like vomiting. (Just a little tense, right?) But then I meet some friends from the RunLovers Club group and the tension seems to fade. At about 9 AM we walk to the starting line and I, still calm, start the playlist and stretch a little. I’m serene, the sun is shining and finally it has started to warm up a bit. The Iseo Lake is marvelous seen now, in spring. I really want to run this race.

They shoot and we start. The technique is easy: 5X5k, then the final sprint. The first 5k go so well, I have to force myself to keep a stable pace and not overdo. I find a runner with my same pace and I set myself right behind him.

6-10 You gotta keep in mind the WORST CASE SCENARIO

Let’s be honest. When it comes to buying a bib for a race, we all know things can end up good or bad. We don’t know before the day whether our legs are gonna be fine, if we are concentrated, if this or that is going to hurt. I had taken some of this into account, like having pain in my knee since the 15km (even though I hoped for the 17th), that I was going to be alone and not so amazing. But I hadn’t kept in mind the worst case scenario. From the 5th km my knee started to hurt. Stubborn, I kept on running with another pace, just like I tried while training till the pain would fade. But it was hilly and the pain didn’t seem to stop. At the 8th km, my right foot was in pain, consequently to the fact the left with the painful knee was doing only the inevitable. Okay, Camilla, this has never happened before, but keep calm. But the pain doesn’t stop and I start to worry. At the 10km I take the first gel (another bad idea: I’m not used to gels so it was very bad for my stomach).

I keep on crawling on the streets between Sarnico and Lovere, now freaking out and worried about all the km to go. I decide to walk at least one and who cares about the pace for a second. There are 2 runners, Anna and Pamela, who are walking at my same pace, so I reach them and we walk. One of them says the only thing I could do is to take an Aulin and I was so in pain to accept it. With that, the nausea was even worse and I vomited. But still, stubborn I keep going.

16-20 The legs want me to stop. The mind wants me to stop. But the heart whispers keep going.

At the 16th km I really thought about giving up. I wasn’t able to finish it. I take the phone out of the pocket to change song and I accidentally remove the plane mode. At that moment dad calls Where are you? We are at the finish line. I can’t make it dad. He wants to know what is wrong because he knows otherwise I wouldn’t say it. It’s 9km Camilla, you can’t quit now. I crawl again. Run, walk, crawl. Everything hurts. I had never felt like this during a run. It’s absurd. There is not even a single reason to keep going if not for the stubbornness to cross that damn finish line. Costs what it costs, as we say in Italy. My body wanted to quit at the 16th. My mind wanted to quit at the 18th, but then you gotta run with your heart.

The worst case scenario never ends, and the truth is every km was worse than the previous one. At the 21km I literally FALL because of a cramp at my calf. Fiammetta, a runner met on the moment, helped me. And nothing, even though I was really willing to run, it was almost impossible. I tried, I did my best, but I fall 3 times because of cramps. Absurd. Literally absurd. It didn’t matte whether I tried to stretch, whether I slowed down, the cramps started, one after another.

I was sure I wouldn’t make it in time. I couldn’t make it in the time I had in mind but not making into the race time would have driven me crazy. I had 10 minutes and about 2 k to go. I was willing to cry and crawl all the way, but I was going to make it in time. I summoned all my strength and I restarted. Stubborn, crazy, mad. But determined to finish it. I ran the last hill with tears in my eyes (thanks sunglasses). Destroyed, emotionally, physically, psychologically.

The longest 250m of my life

I turn and you can see the finish line. There is everyone: Bea, Grandma, Betty and a few meters from them dad, who runs 100m with me, till the entrance on the carpet. I run, light, for the first time after 26km of hell. I run. I run and I remembered why I love to run. I cross that finish line, for a breath, but in time. I am so happy, but then I gotta find someone to help me with the cramps. So, laying in the grass, trying to get my calves back, I realize how crazy the experience was. Cathartic, under some points. Destruens but also Construens. Absurd, hell, a terrible performance, but also incredible because I finished it. 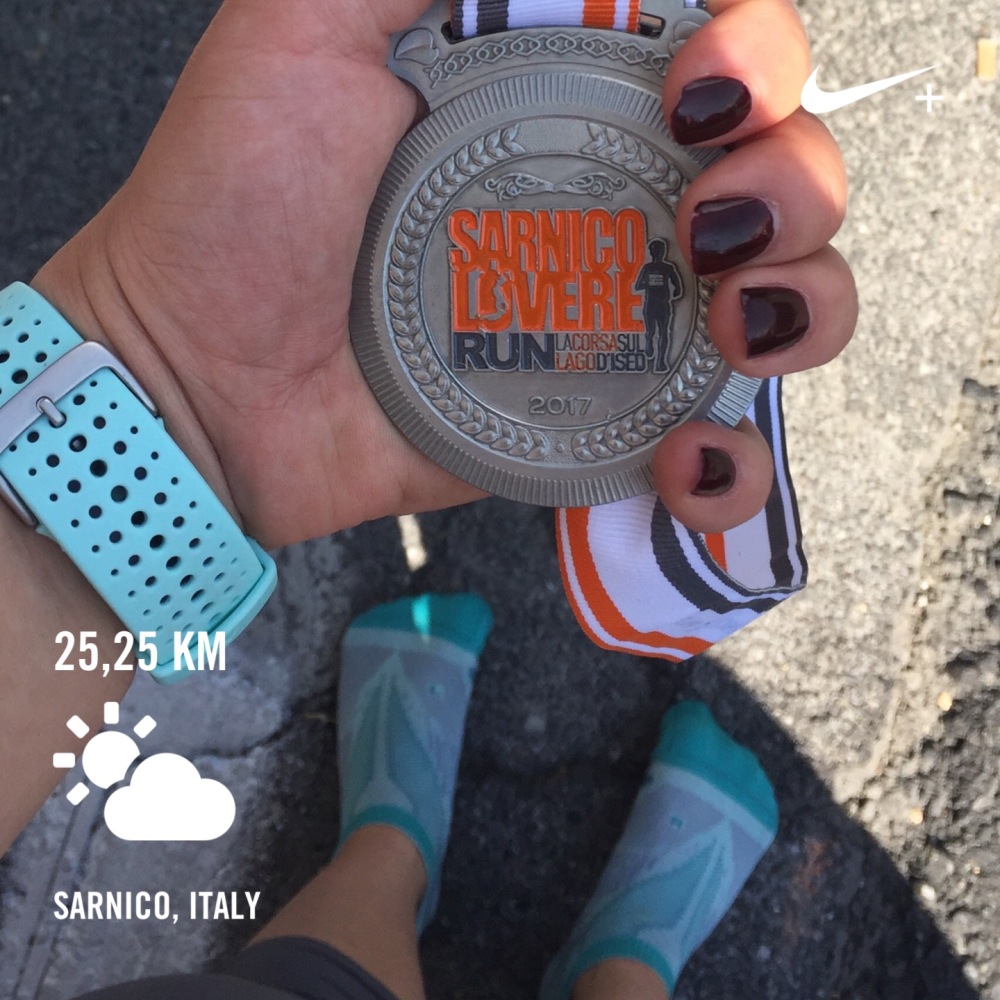 At dinner with Jessica and Bea, when I tell them the week before the race, Jessica told me that with that said the simple fact I finished it was incredible and I cannot agree more. I made so many mistakes during the race, but I was destroyed since the very beginning. I finished it and that is the importance. If London had left a bittersweet feeling, this was hell. But now I know why I have chosen a race next to home: to go to the spa in the afternoon! 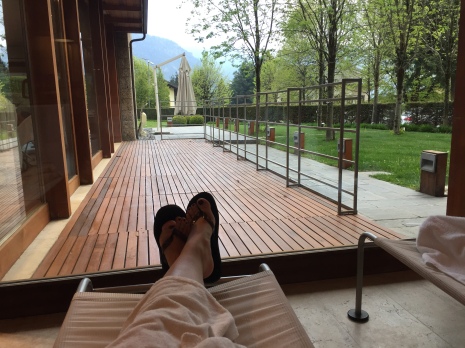 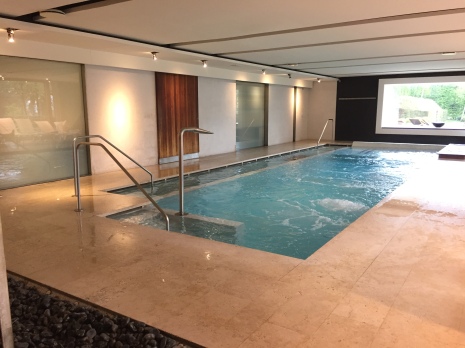 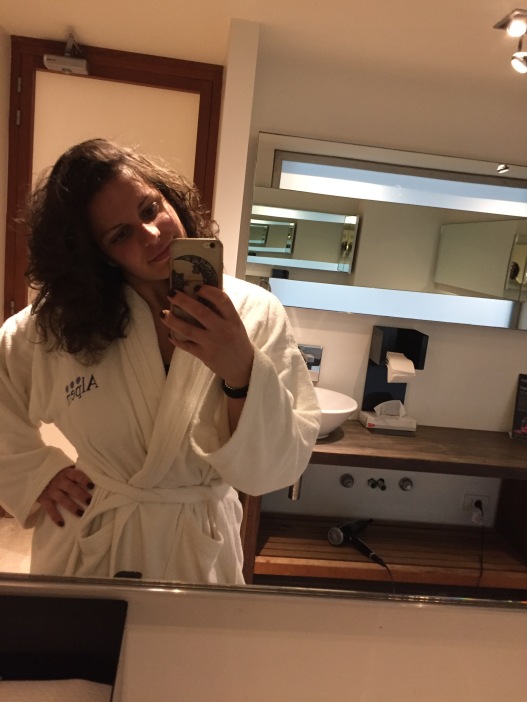 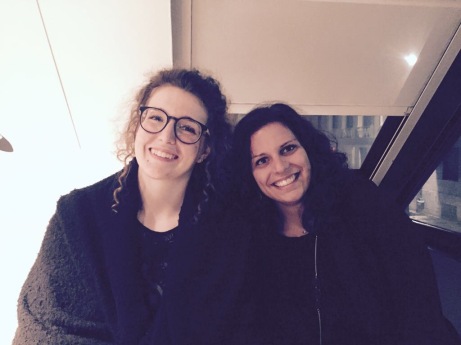 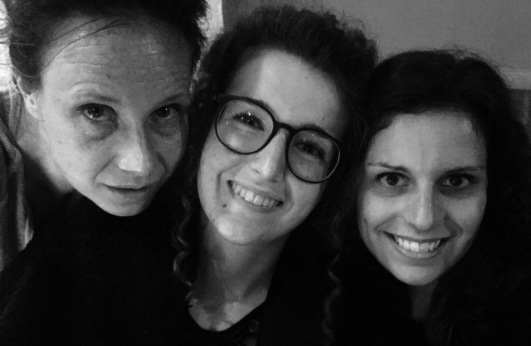 Today, with a fresh mind, I can say I never had a worse run, but that I am also very happy that I have finished it. And it was the most difficult bling to earn, but it was so worth it. Now, I’m gonna rest, swim and bike. But then, go, ON TO THE NEXT ONE 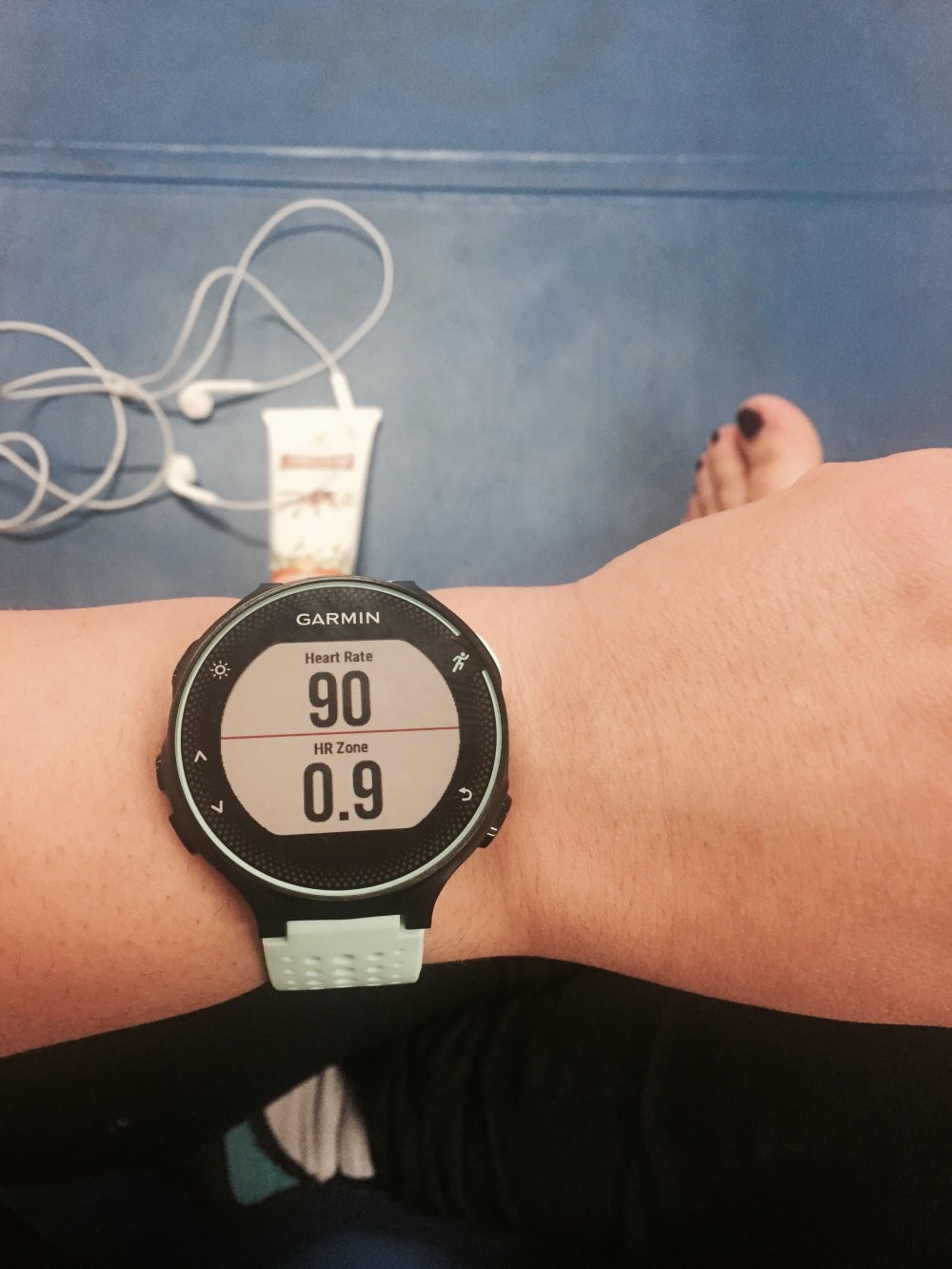