On the 12th of October 2015, I wrote a post about my half marathon experience. I haven’t done this distance outside ever since. I was scared I wasn’t going to be ready, I was scared about the pain and the fact I had lost my lust for running for something like 6 months.

So, I guess when we were at classes, earlier this week, and I told Bea I wanted (and needed) to do a long run by the end of the week to check whether I was going to race in 2 weeks time and she proposed to pace me on the bike and CREW me (crewing is ESSENTIAL, that’s why it is in capital letters), she wasn’t 100% serious. Because let’s be honest: it was Saturday evening, at the perfect aperitivo time, with sunny weather. Who would have dumped on an aperitivo with friends for a run? My Bea (and myself obvs), and that’s why she’s the best (and the Hau to my mana, and the cynical meme to my cynical comment).

So, we met at 5PM sharp on the bike trail that goes around Trentino, a beautiful work made for every human being who wants to walk, run or bike in the beauty of the mountains (NO, I’m not exaggerating. Use it more ppl).

I stretched another time (and I already had since 4PM because I was freaking out) and we started. There was no cheering zone. No fuel zone. No balloons and no chaos. It was us. 2 human beings in the middle of nowhere, surrounded by other human beings. It was like the Nike spot about greatness. No one was gonna take a record of that run but my Garmin (sorry, I meant my father’s Garmin). No bib, no chip, no nothing. Just us. Just like I love it. As I said in a Facebook pic a few hours later, I love those “CASUAL” half marathons way more than the organized ones. 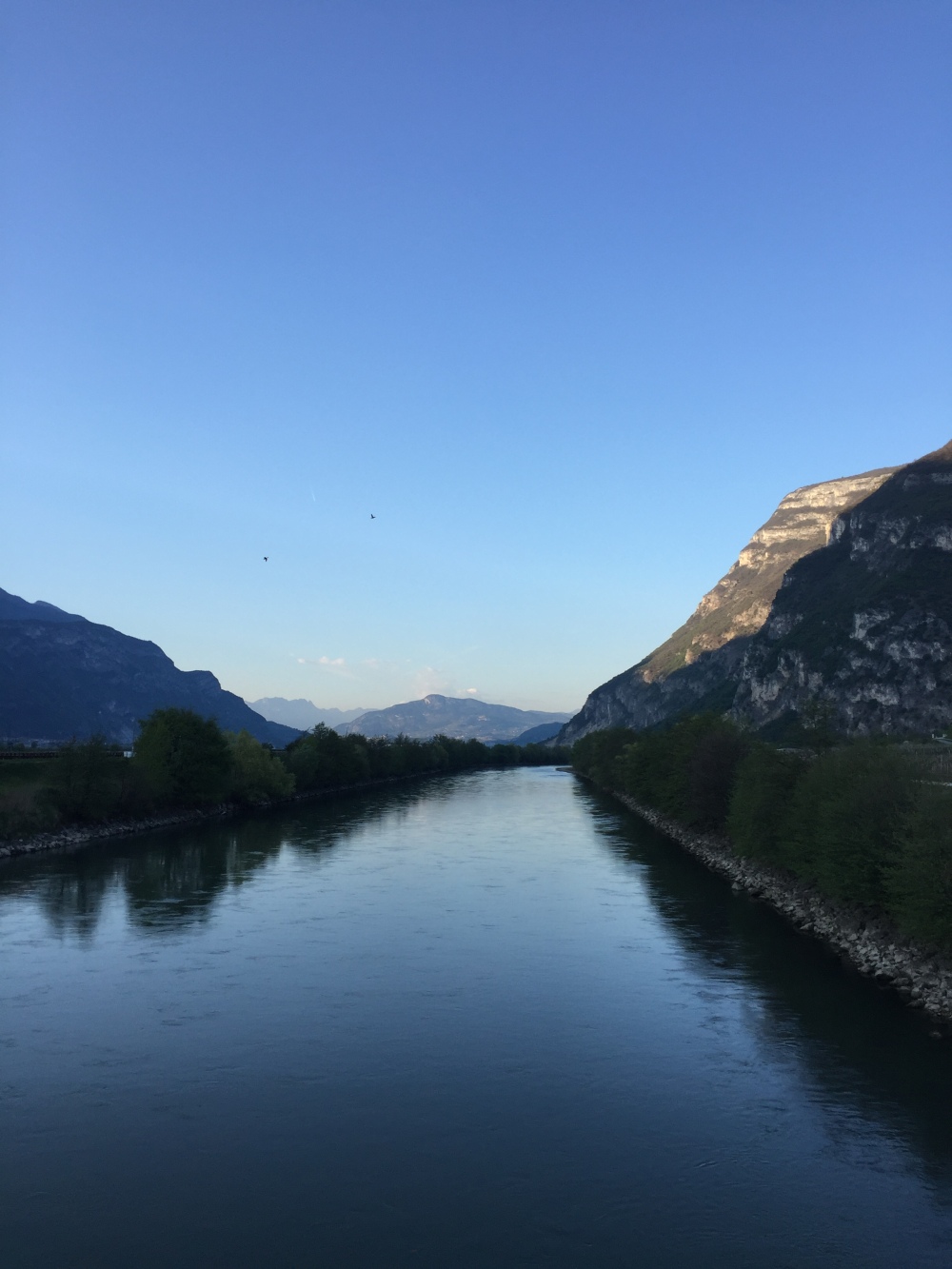 When I headed out to run 18K, two weeks ago, my body wasn’t less ready than yesterday. But I guess my mind wasn’t ready. I had gone out with Marco, I didn’t feel 100% comfortable in the hot weather of Trento and the thought of having to come all the way back had bothered me since the very beginning. Still, I was convinced that it was going to be a good day. I had eaten well the entire week before, no alcohol, a lot of stretching and everything was set. Still, it was awful. Yesterday it was different. Everything began the wrong way. I threw up on Friday and on Saturday I woke up with headache, my period and my quads were still sore from Thursday’s session. Still, my mind was lighter, because if I was going to fail, I would have had a reason (period & soreness, you would have covered for me so amazingly).

«Yup, one done», I said. I lied, a little. My bra felt tight, it was hot and sunny and I had no sun protection (bad camilla, you should have bought it), my calves and quads didn’t like the run this much, still, it was the first time she was actually with me while running, so I had to go longer at least, right? Plus, the only thing I know about running is that the first 20 minutes are the worst ones, no matter how trained you are.

I was going for a faster time (I’m 2 minutes away from my father’s HM PB DAMN!), still I’m happy with it. When I run London, it took me time to reflect on the journey and for how joyful it might have been at the moment of arrival, it was also incredibly painful. It wasn’t a run I remember with joy, while this was. I have never felt breathless, I had of course pain in my knee and by the end I had a cramp, but my mind was strong enough to make it through all of this. As my father always says, 80% mind 20% body (or cures, but that’s another story).

My playlist (you can check it from here) was different from the others I made for my runs. It was calmer, not only pumping but also making me relax and forget about running. I literally forgot I was running. I was so relaxed and so joyful that I forgot. That until km 9.

When in London, I was afraid to walk during the race. I wanted a damn PB so I run as long as I could, even if that turned into me being even more in pain. I do not aim at winning races or having the so-called competitive time, nor at the race nor yesterday. So, when at 9Km I started feeling some pain in my left knee I decided to walk till minute 60, to calm down a little. It was the best decision I could ever take, also because by km 12 the pain got really worse. I thought about quitting. I literally thought quitting was going to be my best option. “This isn’t a race. I have a race in my mind, I should take care of my knee and save it for the race”. But that was our RUNtrip, as we like to call it. We planned the route and everything, I wanted to make it as bad as I wanted to quit. It was 50-50.

“Okay, I’m gonna try” I said. By then quitting was winning 51-49, the odds might have been against me, but my mind was becoming strong.

It wasn’t that the pain miraculously stopped, it wasn’t that magically everything went right. But as soon as we headed out of Trento and the suburbs, the people on the trail were just a few. The atmosphere was calmer and I lowered the volume of my playlist, trying to really concentrate on the  way my feet hit the ground. Bea gave me some water (and a cookie), asked me how I was doing and I said it was okay. After all, 12k were already in my legs and having to come back would have meant to do other 12K (which I wasn’t looking forward) and arriving to Rovereto was more or less the same distance (which I wasn’t looking forward either). But, in that exact moment of confusion and almost mental breakdown, my favorite running song “Eye of the tiger”. TO SURVIVE, this became the goal. By the time we reached the 15km, the pain was truly bad, but hey, the finish line was close and we would have to walk all the way to Rovereto in any case. 6km, (family) home to Predusolo and back, I had done this distance countless time, i could do it. Then see whether I wanted to go further. Yes, Camilla, you can make it.

Respect the Half Marathon

The race I signed up for is a bit longer than a half marathon, it’s 25.250km, therefore I was torn between running 20 to 25 km yesterday. As soon as my Garmin said “Half Marathon distance” (not PB because my father did a 2.56 minutes left like 6 years ago DAMN) I almost fall on the path. Because I wanted to hug Bea, a saint who supported me all the way, but I had a cramp in my calves. With that time, I know I can finish the race I signed in for within the time, because I had like 43 minutes to do 4.150k, which isn’t bad, right? Plus, we had to walk to the station, so we ended up doing 27K (+ train home and 4 k bike home my goodness I was so tired) lol. It was a PB for me, 9 minutes less than London. But apart from the time, I woke up this morning still looking forward to run, still loving running, which was my main goal.

Now I hear you wonder, WILL YOU RACE CAMILLA? I don’t know. Now that I know I can do that distance, I am not so looking forward to it (SERIOUSLY?). Still, I will return home that weekend and see how it goes.