Yesterday morning, after a my first night on a train, I reached Wien, Austria. It was a cloudy morning and it soon started to rain. I felt like the only human being in the world. It was a complete new city for me, I had never been here before, so I truly felt free, with no bonds attached. I checked in at the hotel and left my luggages there, then went out and walked everywhere, just because… I had one day and a half to visit the city and I known I should have visited every museum, and I did visit some museums, but I also wanted to understand the atmosphere. 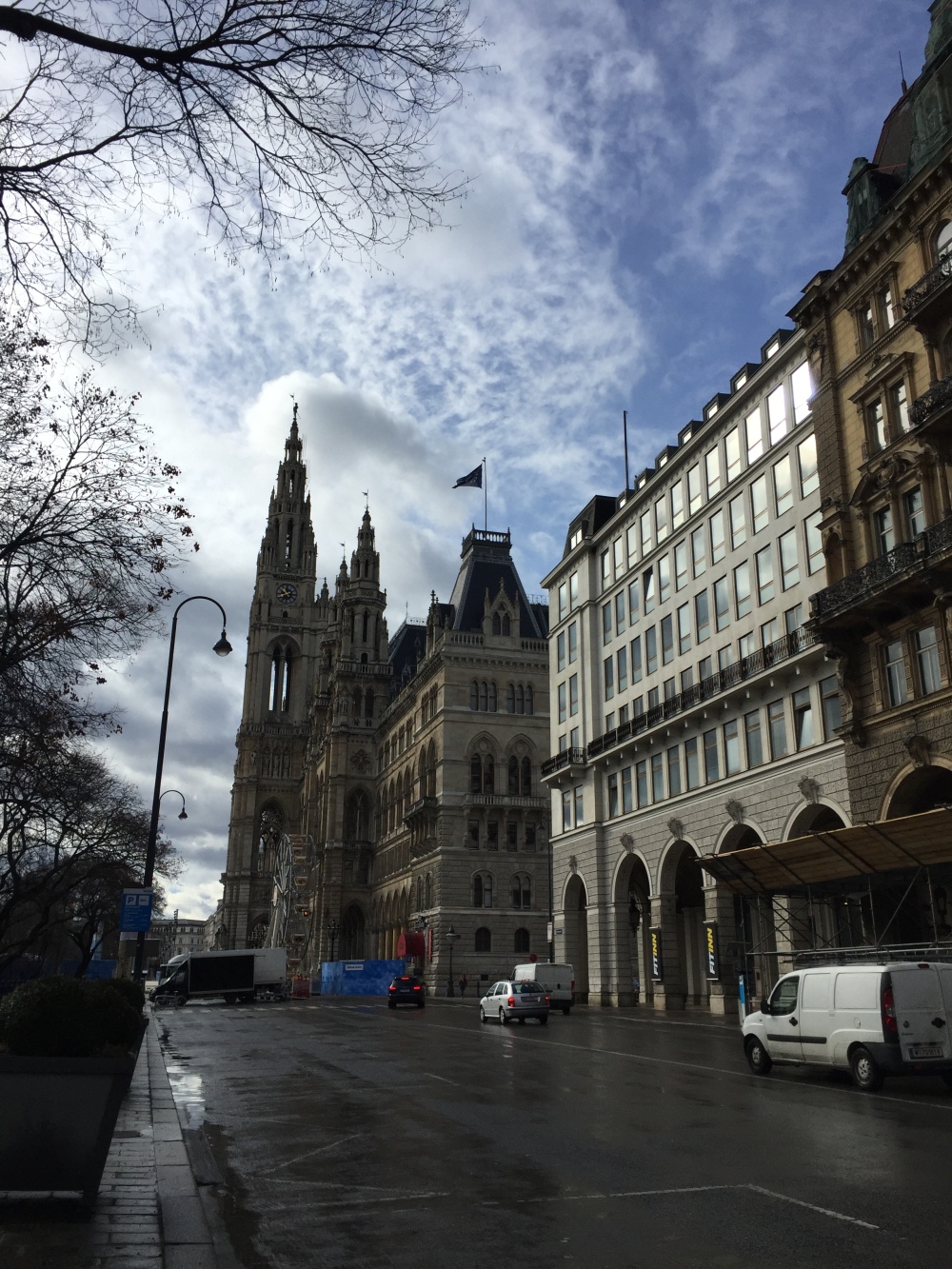 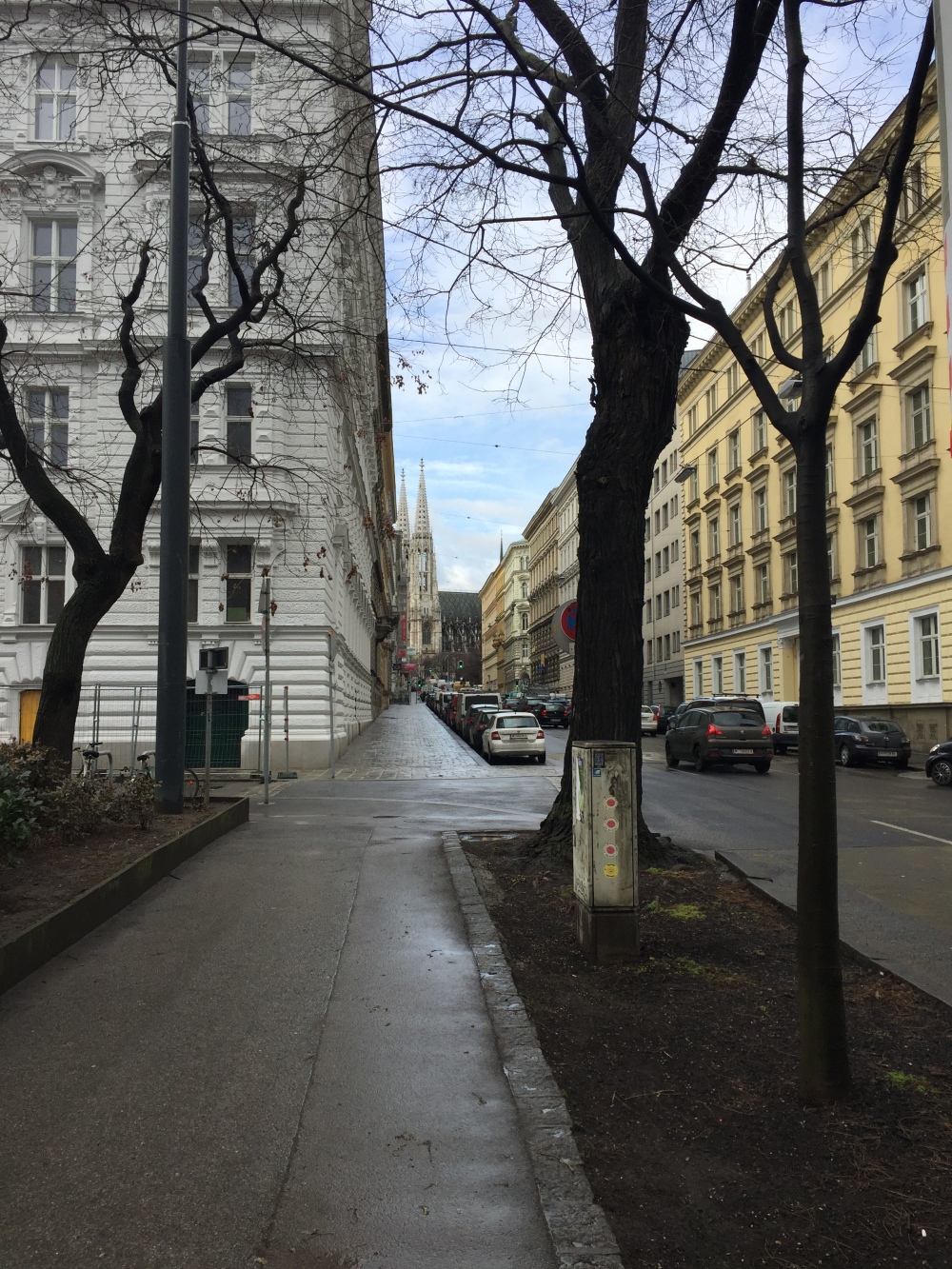 People are grumpy. By the time Marco and I went out for lunch, it was one of the first things he told me about the city. Waiters pretend to ignore you, he said. They seem to like it. Weird right? He brought me to the Caffè Ritter, a typical Austrian diner, where he had creamy spinach with eggs and I honestly don’t remember what and I had a chicken salad. 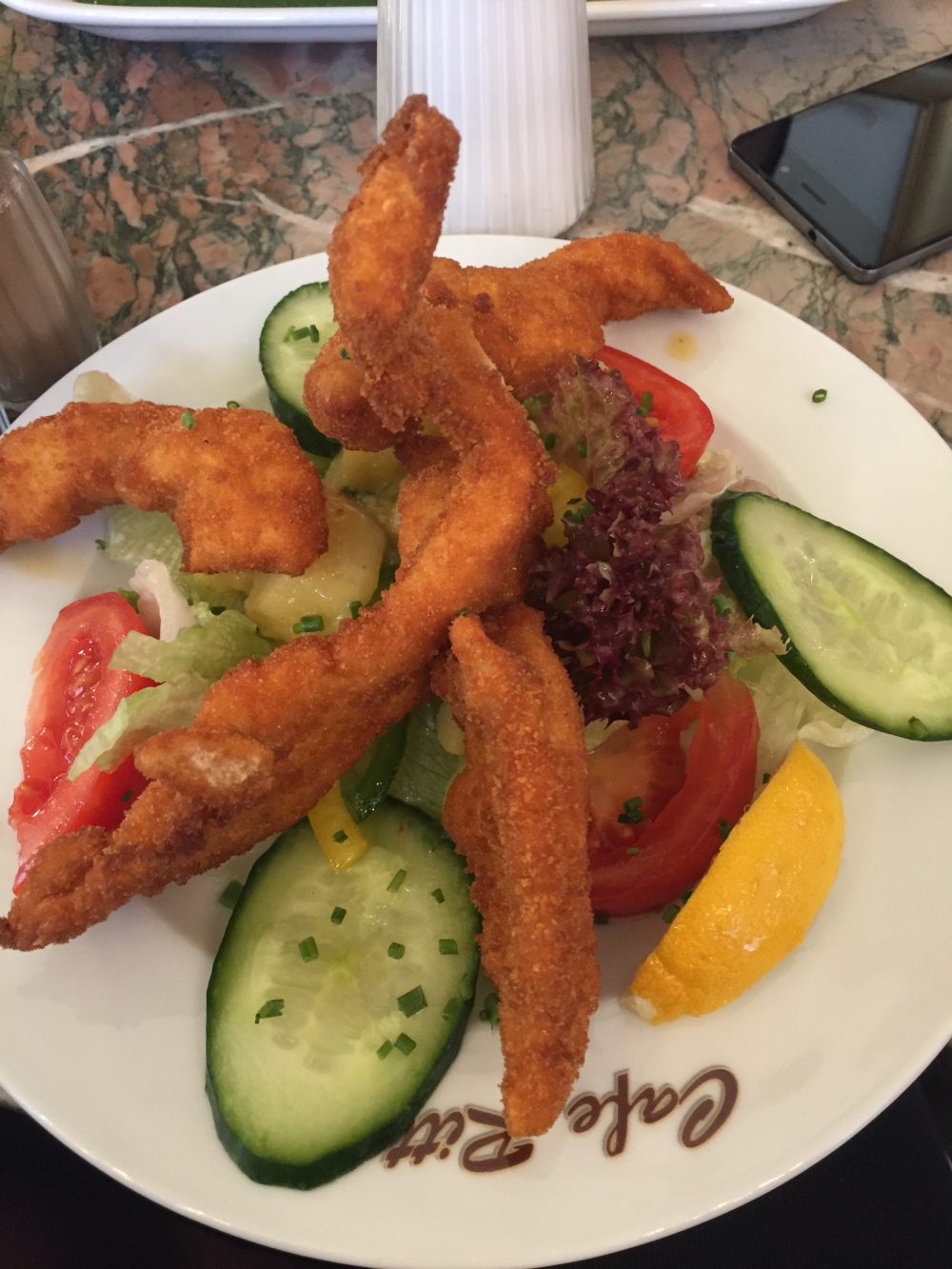 Then, of course we had Sacher. He made me try some kind of loackers typical of Austria, which are way better than our loackers lol. Then I had a chai latte at Starbucks and he had a brownie. Food full day haha.

We also walked a lot thanks God, about 20KM during the day and very likely we are gonna go running one of these days and he runs way faster than me so HELLO PAIN AND BREATHLESS ME. At dinner, I finally got the chance to try the Wiener Schnitzel, which is exactly like out cotoletta alla milanese, you have no idea how disappointed I was. I thought it was gonna be a little different at least. However, the backed potatoes were great. 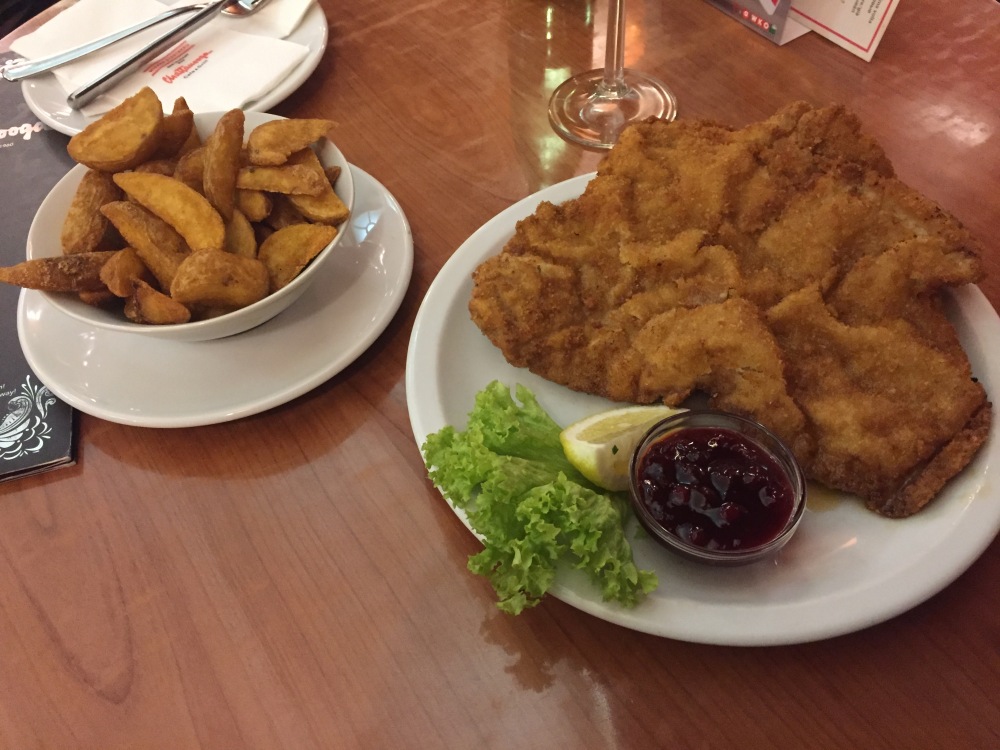 Wien at night is so beautiful… look at this pic.

Tomorrow is another day and another chance to explore, are you ready?

P.S. That’s me nerding at the Austrian Parliament!